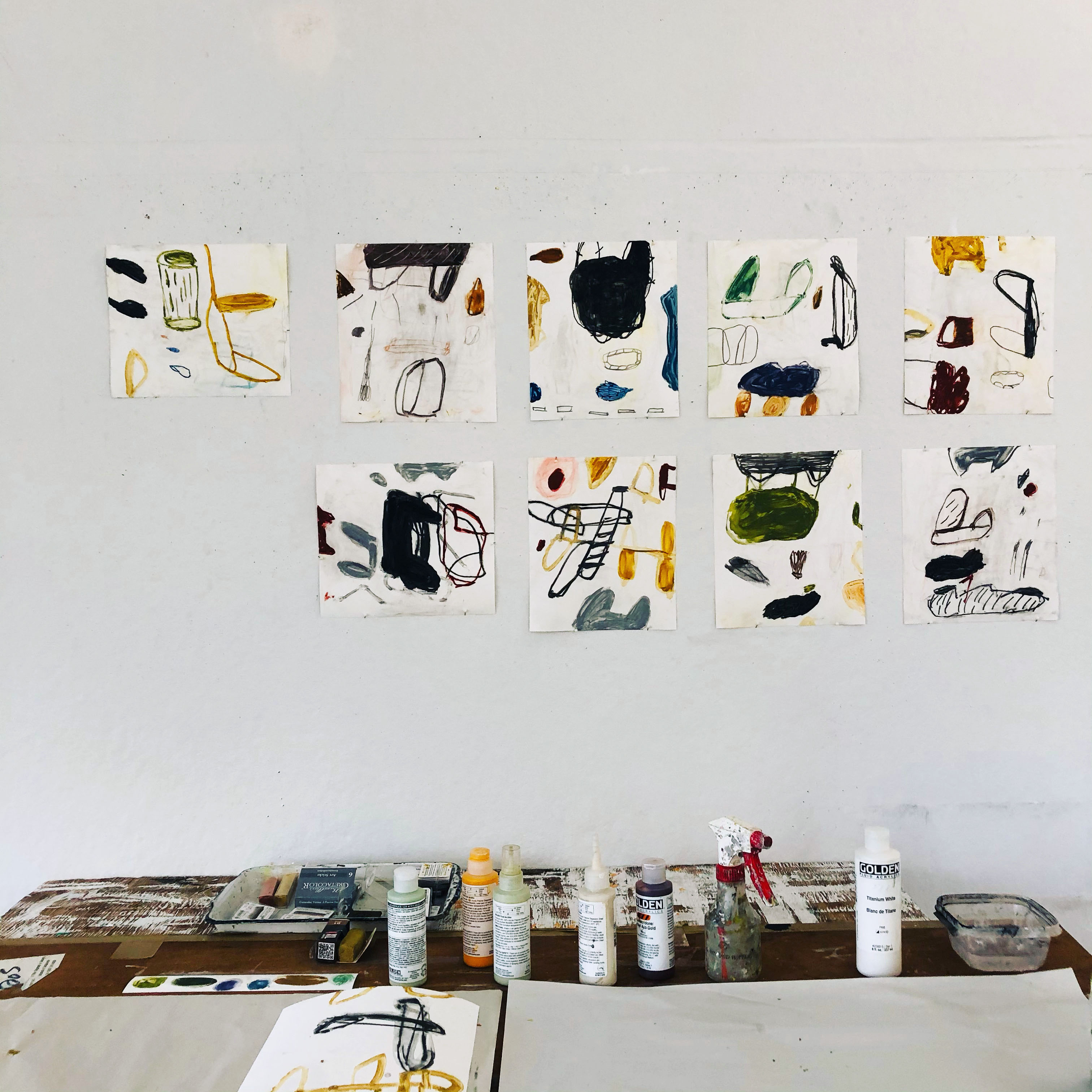 Mimi Young is an artist and fashion stylist currently living in Olivebridge, NY. Growing up during the 1970’s and 80’s in NYC exposed her to a culture and esthetic that informs her work to this day. As a young teen, Mimi would ride the subway from her home in Jackson Heights, Queens into Manhattan to experience the world outside her neighborhood. She would go to ashrams to do yoga, loiter in Central Park and meander the halls of the Metropolitan Museum of Art. In 1979, after receiving her BFA in drawing from Pratt Institute, she moved into a loft in a desolate area in Brooklyn. There, in what is now DUMBO, she had her first studio. The mix of fashion and art was everyday and Mimi soon began participating in fashion shoots. With her keen eye and sense of adventure it was to become a 20+year enterprise as a successful fashion stylist working internationally on commercials and photo shoots. These experiences provided the fodder for her work during that time. Since moving her studio to the Hudson Valley in 2016, Mimi’s work has become more focused as she shifts from an urban sensibility to a more rural one. Aside from painting and drawing, she is now including sculpture and installation in her arsenal. Mimi Young’s work has been seen in various solo and group shows and is included in private collections.

We are so proud of the inaugural issue of TRC ZINE. Printed versions are in the mail, headed to you as we speak, today we launch the digital version. CHECKOUT...

Mimi in her studio in Olivebridge by David McIntyre for TRC Mimi on Mimi The failure of the piece is almost more important than the success because you see all...